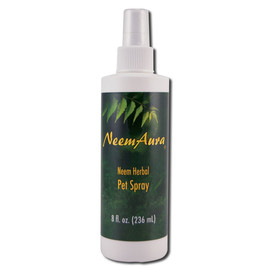 There is perhaps no other herb known to man that has so many and varied potential benefits for humanity. Neem has been used for thousands of years and has been widely documented in the ancient herbal healing science of India, Ayurveda. But the value of neem does not rely solely on traditional folklore. Rather, it is one of the most widely studied herbs of modern times, with hundreds of scientific papers having been written about it. The result of both traditional review and modern scientific evidence is that Neem truly is the “miracle herb”. The Neem Tree, Azadirachta indica, is a relative of the Mahogany tree. It is extremely hardy and virile, able to thrive in a wide variety of climates and environmental conditions, and overcome deficiencies of the soil or the climate with its native strength and vitality. This “signature” of neem is a sign in nature of its wide ranging ability to conquer adverse circumstances. The herb that we use contains this same over-arching power within it that we find in the tree and its vital will to live. Traditional Ayurvedic lore holds that Neem has incredible ability to restore and maintain healthy function of the body in a number of ways. It is used internally to relieve excess heat conditions, as its bitter taste is said to reduce the quality of “pitta” (hot quality) when it is in excess. It is also used topically in soaps, crèmes and lotions for its ability to soothe “pitta excess” conditions on the skin that manifest themselves through heat, redness, itching and swelling, all indicative of “pitta” out of balance. Science Validates the Uses of Neem: Modern science is also studying Neem for its potential use in the field of medicine. Preliminary results and clinical evidence tend to support the extraordinary benefits of neem oil, neem leaf and neem bark. Other studies indicate that Neem supports the structure and function of the immune system. Again, while generally outside the scope of our product line, it is interesting to once again note the wide-ranging benefit of neem and how it is now being recognized throughout the world, and confirmed by scientific studies.