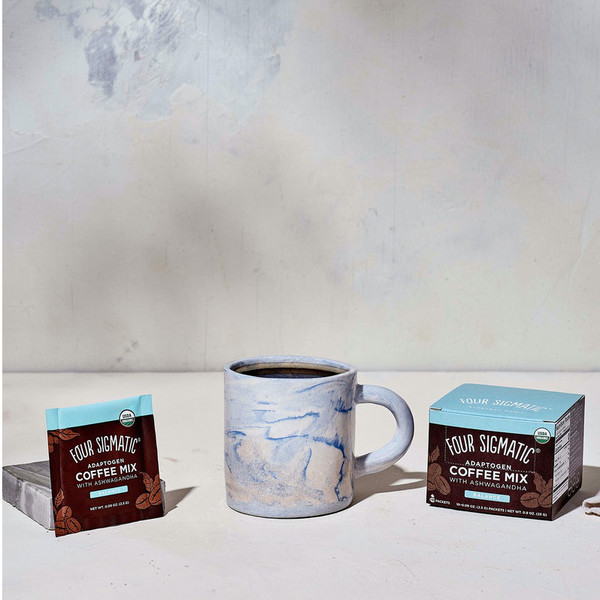 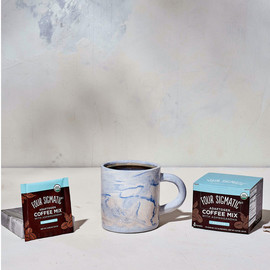 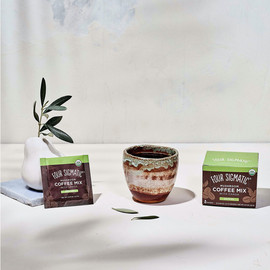 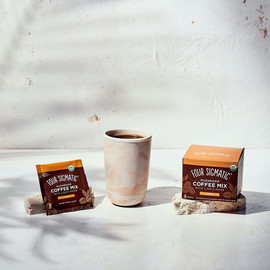 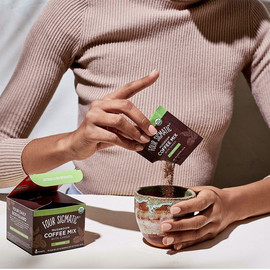 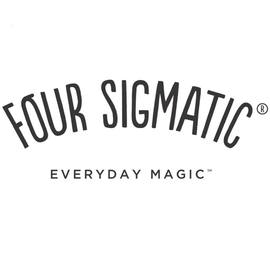 THINK (with Chaga and Lion’s Mane) This is your go-to morning beverage to support productivity, focus, and creativity. Perfect to kickstart your morning or power through your workday at the office or at home. Drink whenever your brain needs an energizing get-it-together hug.

DEFEND (with Cordyceps and Chaga) In case coffee doesn’t pump you up enough, how about coffee paired with one of the most energy-supporting mushrooms on the planet? Cordyceps! Coffee is so energizing because it stimulates the central nervous system and adrenal glands. Combining this with the more balanced cellular energy support of cordyceps mushroom can result in balanced stimulation while using only half of the amount of caffeine normally found in coffee!

BALANCE (with Tulsi & Ashwagandha) Master stress and cut out the caffeinated jitters, so you can take on the demands of everyday life. Slaying that big work project? Gotta get the kids to school? Taking on a new side hustle? However you spend your days, power up while keeping calm, cool, and awake with shade-grown organic coffee blended with tulsi and ashwagandha.

These statements have not been evaluated by the Food and Drug Administration. This product is not intended to diagnose, treat, cure or prevent any disease.

Use and care:
Where is it made?
USA
How is it packaged?
Paper box with paper and foil packets
End of use:
Recycle box
+ Read more
+ Show less

We evaluate every formula so you can make an informed choice.

Learn more about how we choose our products.

Fragrances in this item

We require ingredient transparency for all fragrances. > Learn more

Preservatives in this item

We only allow a tightly curated list of preservatives in our products. > Learn more 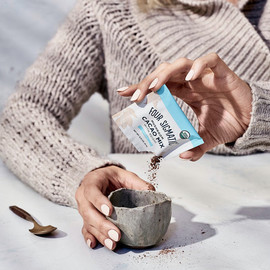 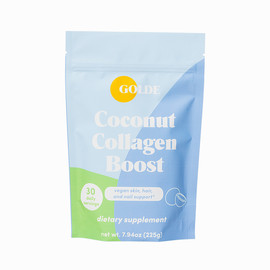 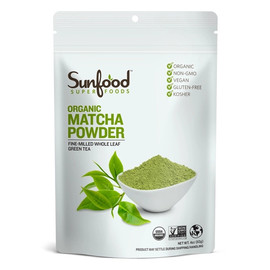 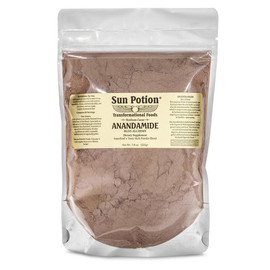 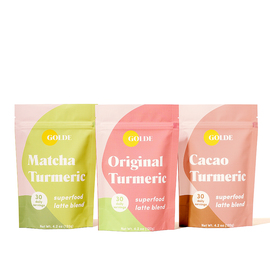 Quick Shop
Turmeric Latte Blends by Golde
$29.00
Members Save 5%
Subscribe to save
+ 3 options 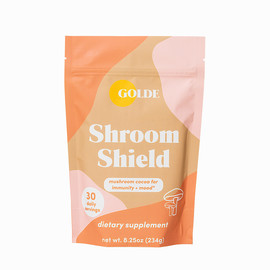 Quick Shop
Shroom Shield Mushroom + Cacao Superfood Blend by Golde
$22.00$19.80
You save 10%
Subscribe to save 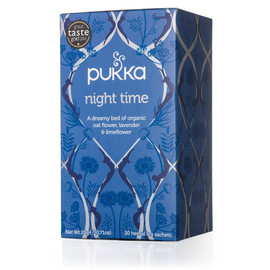 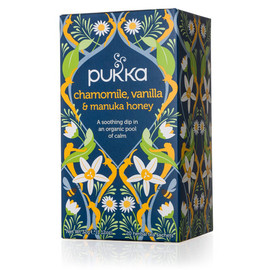 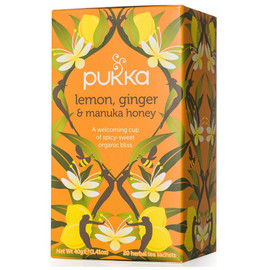 What Others are Saying

Just received the Defend blend and tried it.
Yummy for an 'instant' coffee. I was looking for a pleasant way to incorporate Chaga mushrooms into my diet and this fits to bill.

I've only tried the LIon's Mane/Chaga, but I really liked it. I felt awake and alert, without the jitters of regular coffee.

Love love LOVE this coffee. My only complaint is that the coffee seems a bit weaker than I like. But I fix this by adding a bit less water to it or adding a smidge of the normal coffee I still have on hand.

I love mushrooms and know the benifits of alot of them...and i love coffee...when i saw you have combined both i had to try it...im very picky and i loved it...i wish there were more bags lol

I love a mushroom coffee, but this is a flop, in my opinion. My review is only for the Balance blend, which is very odd. It’s got some sweet spices that hint a lot at chai, but this isn’t really a nice blend for a coffee drink. I like the mocha much much better. 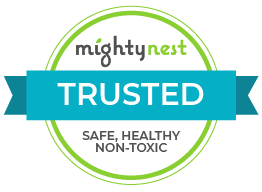 Four Sigmatic — Making drinking mushrooms a thing since 2012. Born in Finland, the country with the world’s highest coffee consumption, the founding fun guys of Four Sigmatic took a centuries old tradition of brewing mushroom tea to the next level. Named Four Sigmatic because when you compare how nutritious all foods are in the world, most foods are okay, a few horrible, and a few amazing. If you put these foods on a scale from average to good to bad, the further you get from your “average” food, the more rare it is, and more sigmas (σ) you have. Only 50 superfoods in the world qualify as “four sigmatic.” The best of the best. Those are the foods we use in our products for you! Mushrooms and adaptogens are some of the world’s most nutritious foods. You’ll be amazed by how easy and delicious adding ‘shrooms to your favorite daily drinks can be. Whether you’re a black coffee, latte, hot cacao, or tea person, we have a drink made for you. Every single batch of our extracted mushroom products are tested in a third party lab for heavy metals, allergens, bad bacteria, yeasts, molds, mycotoxins, pesticides, and irradiation before they get in your hands.

We make it easy for families to create a healthy home. Each of our 1000+ products has been thoroughly researched to be free of concerning chemicals, and hand-picked for its quality and design. With products for the whole family, ranging from kitchenware to reusable lunch gear to skincare, it is truly better living made easy.